We met at art residence. If you’ve ever met a person you felt very comfortable with right away, that’s how Nick is. He is a musician from LA, lived in NYC for many years. Nick is very creative and makes musical instruments by himself. This is his story.

Who is Nick Demopoulos? What’s your story as a a musician and when did you start nomading?

I ask myself who I am everyday and it’s constantly changing. Perhaps I am mentally a nomad as well as a geographic one. In short I am a musician who makes my own instruments that emit sound and light through LED animations, I was ultimately unsatisfied with the digital instruments that are commercially available so I started making my own in 2010. I make the software that goes with the instruments as well. I am fully taking advantage of the exciting times we live in as well, since my instruments use micro controllers like Arduino and Teensy, small computers like Raspberry Pi, and rapid prototyping methods like 3d modeling and CNC machines to fabricate my instruments.

In terms of music I started playing guitar when I was 14 years old. I was first attracted to heavy metal, then fusion, then jazz, then jazz funk, then experimental music, then electronic music. Today I really like almost every kind of music and I think, even though people try and categorize my music, or me as an artist, all the universal influences I’ve encountered are part of my output. I love that in my music I can sample things that don’t go together in real life, like the vocals of Greek Orthodox Monks and Buddhist monks, and make these two ideas sing together. That is really a key concept in my music.

Nomading is a big part of being a musician. As soon as I started performing professionally I started traveling around everywhere. Much of my music is a reflection of where I have been and what I have learned.

For how long do you play jazz and how did that happen that you started to play electronic music?

I still play jazz as I think it’s the best way to understand the essentials of music: harmony, melody and rhythm. In the mid 1990’s when I was first starting out in Los Angeles I toured with an acid jazz group called Solsonics and I fell in love with the mix of funky music and jazz improvisation. A little while after that I moved to New York City and starting a trio called Exegesis that was based on mixing interesting rhythms with jazz. From being in New York I started playing with a lot of super creative musicians and really fell in love with electronic music. I guess that’s when it started. It manifested at first with incorporating a lot of guitar pedals, samplers and drum machines into my guitar rig.

In terms of my background in jazz, even though I had played and loved that music for most of my life, I felt like I started to really have insight into what that music is about when I started playing with drummer Chico Hamilton in 2008. He has mentored a lot of great musicians, especially a lot of guitar players in his career. He really took the time to show me how to play with other musicians, how to solo, how to arrange and many other things. I learned so much playing with him.

One thing Chico noticed about me right away was that I wasn’t great at improvising solos in octaves, where you play two notes at once an octave apart. When he noticed that he made me play EVERY solo only in octaves. He made me really good at it. He took a weakness I had and made it a strength. He really is a jazz master and I will forever be indebted to him.

How are the musical and nomad scenes in NY and LA? What is trending and badass? What’s popular in creative space?

I’ve noticed in Los Angeles modular synth music is huge. There are a lot of people doing it and the music is fresh and exciting. Plus it’s really hard to play the same thing twice so every performance is different. Also, it’s interesting to note that globally modular synth gear is the fastest growing sector of music merchandise. I think it’s a sign that people are thirsty for music that is creative and different sounding. In New York, in my circle, I have seen a lot of people that make their own musical instruments and visuals. It’s exciting that these things are easily accessible and there are a lot of resources to learn how to make your own tools. Also the mix of visual art, video art and performance art with music is happening a lot in New York.

In terms of nomading, I want to mention that I have seen amazing, creative music almost everywhere I have been. There’s creative talented people everywhere you go.

How to stand out in NY and LA?

I think no matter where you are geographically, you need to dig deep and discover who you are and what you want to say. That goes for any style of music. Once you have done that the rest is easy, you just have to be yourself. I would suggest not to be a clone or to copy anyone.

Also, pay no attention to people who tell you what to do that will divert you from your vision. When I wanted to play jazz while growing up in LA some other artists tried to steer me toward a more pop or rock sound. Then when I started using pedals and guitar effects in jazz I felt the pressure to be more of a purist. F**K that!! Do what you feel is right for you and people will catch on. Experiment, learn, have an open mind and stay true to your vision.

What are you doing in Lisbon?

I am staying at Zaratan, contemporary art gallery where I am a resident artist this month. While I have been here I have been studying the processing software language and creating interactive videos that are married to the music I make. I barely know processing and I have already got some exciting results. By the way, processing is a free and open source software and there are many, many videos on YouTube where one can learn it. That’s basically how I am learning it.

I am going on tour in the United States in October and November and I will probably be incorporating some of my processing visuals into these shows in some way. I have posted some short examples on Instagram @smomid.

Were you performing somewhere else abroad?

I don’t have any performances booked abroad in the nearest future. But I have an album “Pyramidi Scheme” coming out on September 6th and a lot of shows in the US after that.

When did you have an idea of creating your own musical instruments? What are their names and are you planning to create your manufacture?

I took a class in Brooklyn New York at a place called Lemurplex. It was a facility run by a genius guy named Eric Singer. Lemurplex stands for “League of Electronic Musical Urban Robots”. The class was “How to Make a Midi Controller” in 2009. It was very empowering to realize that I could make my own instrument and by seeing all these insane musical robots sitting around Lemurplex I knew what I had in mind was a million times more simple than what they were doing, which was making flame throwing musical robots. Eric Singer went on to help Pat Metheny make his Orchestrion robotic orchestra, among many other cool things.

My main instrument is called Smomid, which stands for “string modeling midi device”. I also have some Pyramidi interfaces, which are shaped like pyramids, but they are midi controllers. I have several versions of each of these instruments as well as a few other things I’ve made. The best way to get an idea of the instruments I make is to check my website and see what they look like. They are not easy to describe.

What are your plans for the nearest future?

In the nearest future I want to make an instrument I can sell to other people. When I perform people often come up to me and ask me if they can purchase my instruments, but I don’t have any for sale. The main commodity I sell is a performance. But I am close to having a prototype of something I can sell. It will be a mix of my Smomid and Pyramidi interfaces. I don’t want to say too much about it, but I am psyched to play it. Hopefully it will be available next year.

What life would you like to have in 5 years?

I never plan that far ahead. I have an album in mind of the brain wave music, that induces certain mental states like relaxation, meditation, or sexual arousal. I also want to create a more interactive performance interface so that I can improvise music for hours and hours, sort of like how the best techno DJs play. I can do that now, but I want a more flexible system. I also want to get my commercially available instrument in the hands of other musicians.

What do you think people must know before becoming nomads and location independent professionals?

From the book “The Celestine Prophecy” by James Redfield I learned that everywhere you go there is a person that has a piece of information for you. Try and find that person. Also everywhere you go, you have a piece of information that you need to deliver to someone. Find that person. Thinking like this keeps you open and searching for these special people that you can exchange information with. It’s also best to have an open mind and always be a student in life. 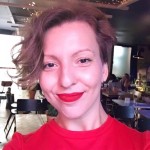 Related Articles
Badass Show: How is It to Be Chosen by Michael Jackson, Survive Suicide And Open a Bar in London
Extroverts in lockdown: how to handle quarantine when you crave contact
How I stay totally focused and complete tasks four times faster than you while traveling